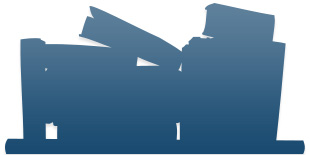 Session Laws or the Laws of Delaware are a compilation of the bills that passed during one General Assembly into a bound volume. The volumes are given numbers which cover the two year General Assembly (i.e. the 146th GA from 2011-2012 is the 78th Volume of Delaware Laws) and the bills are referred to as chapters in that volume. The chapter order represents the chronological order of the bills being signed into laws.

The laws are then incorporated in the Delaware Code which cite the Laws of Delaware at the end of Code sections to make tracing changes to the Code easier.

The Delaware Code is a compilation of the Laws of Delaware that have been organized into subjects (referred to as Titles) and then further divided into chapters and sections.

The current code is the 1974 set, when it was updated and revised, there are replacements for some of the volumes depending on how many amendments have been made or the amendments are contained in pocket parts which are placed in the back of the volume.

A citation for the Delaware Code is written like this:

The 14 refers to Title 14 (Education) Del. C. is an abbreviation for Delaware Code and § 701 is the section (falling under chapter 7) of that title.

The Administrative Code is a compilation of the regulations that are promulgated (created) by the various State Agencies.

Like the Delaware Code it is divided by subjects (Titles) which are then further divided by more specific subjects (Chapters).